Posted by Richard S. on September 30, 2010
Posted in: Uncategorized. 12 Comments

I’ve mentioned some of these, and have shown some before, but I thought it would be fun to put pairs of clips together for comparison…

3. Rehana – Here’s a song with Rehana and Nigar Sultana from Sunehre Din (1949), then there’s a Rehana cabaret dance from her last movie, Dil Ne Tujhe Maan Liya (1963). (Embedding was disabled, so you’ll have to click the screen, but it’s well worth it – a fine farewell before she retreated into obscurity.)

Posted by Richard S. on September 28, 2010
Posted in: Uncategorized. 7 Comments

I thought of doing more, but for now, for Lata’s 81st, I decided to post her first major solo song in a Hindi/Urdu film, because this is also a song that is running through my head.  (I guess I’ve been in something of a Ghulam Haider mood lately…)   The clip (i.e, the info written on the screen for this audio clip) claims that this was her first Hindi/Urdu film song, but that isn’t true, because “Pa Lagu Car” came before.  But I would assume that this one, her second, was her first fairly well known song, and deservedly so.

Shamshad and Zohrabai on Rehana (and chorus) in Shama (1946)

Posted by Richard S. on September 27, 2010
Posted in: Uncategorized. 2 Comments

This is a nice one! Music is by Ghulam Haider.

P.S. The tune reminds me a lot of something else, but I just can’t place it right now…

P.P.S. 1945 and 1946 were golden years for Rehana. I started looking at dances with her from these years after a blog conversation at Vidur’s “Bollywood Fun” blog about her appearance in Zeenat (1945), and the next day, I saw that Nivedita was starting to post some songs from Hum Ek Hain (1946), the film in which Rehana got her first major role.  Sometime soon, I will probably do a post on some songs found at the end of her film career, in the early ’60s (which I like almost as much!).

Posted by Richard S. on September 24, 2010
Posted in: Uncategorized. 14 Comments

(It was fun just to put up the clip last night, but I have decided that a little more text would be in order here…)

I’ve known about Thooku Thooki for a while as the only film that starred all three Travancore Sisters.  In this clip, I see only two, Padmini and Ragini (at least they are the only ones dancing – though I wonder if that’s Lalitha watching them), along with Sivaji Ganesan.  But it was great to find the clip anyway, because scenes from this movie have not been available during the past few years.  (I also see links where we could supposedly see the film online.  But those often don’t work out…  I will get back to the subject when I have more time to look into it.)

Thooku Thooki was a folk tale that had originally been made into a movie in 1935.  There is a nice article published recently in The Hindu, written by Randor Guy, that tells some detail about that tale and the two films.

By the way, I guess people have noticed that in my more recent “Bolly blogging,” I have become completely aware of the birthdays and death anniversaries of my favorite artists.  I prefer to commemorate birthdays (maybe because it’s less depressing?), though I have noticed that especially with the stars from the Indian subcontinent, many people lean more toward recognzing death anniversaries.  (Maybe it is more of a tradition over there?)

Anyway, since I’m not going to do a separate post for this sad occasion,…  I will just mention that I know today is the fourth death anniversary of the late, great Padmini, who lived from June 12, 1932 to September 24, 2006.

Posted by Richard S. on September 21, 2010
Posted in: Uncategorized. 16 Comments 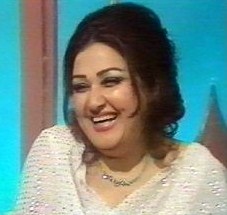 In the past, I think I’ve complained that there was a dearth of information on some of my favorite Bollywood stars.   However, this is certainly not the case with my favorite singer – and favorite singing star – Madam Noor Jehan!  So this time around for Madam’s birthday, I thought I might start by supplying some links to good reading…

A little while back, while we were talking about Sitara Devi, Memsaab mentioned Saadat Hasan Manto’s Stars from Another Sky, and I mentioned that I had spotted the Noor Jehan chapter from that book online over at Hamara Forums…  And though, unfortunately, I still haven’t read the whole chapter completely, I can say, just from looking over it a little, that it is very interesting and amusing!   (And by the way, Hamara also has a very big and interesting Noor Jehan section in general.)

There’s also a nice article at Upperstall, and it contains a picture that I now see in the middle of my “desktop” every time I turn on my laptop.

Over on my side bar, one of the links I have listed is Moments of Tranquility.  It’s a pretty eclectic blog, and it’s probably the least specifically cinema- and/or music-related link that’s up there now.  But the post that convinced me to include it is the one on the collaboration between Noor Jehan and Khurshid Anwar.

Also on my sidebar, I’ve linked to several self-declared Noor Jehan sites, and they’re all excellent.  The two listed in the regular blogroll have some very good biographical text and reviews (and, of course, great links and pictures)…  Then, in the other part of my links list (sources for movie clips, etc.), there are two YouTube sites that have an absolutely huge number of Noor Jehan  videos between them.  It’s pretty obvious which YouTube link will take you to the first batch of Noor Jehan clips, because that one’s also got Noor Jehan’s name on it.  But there’s also an impressive collection of Noor Jehan clips at Vidur Sury’s less obviously named Tribute to Great Old Singers, and he just recently put in the link to watch Jugnu online.  (Though too bad there are no subtitles in that one…)

Anyway, in celebration of Madam’s birthday, I hope that people will go to at least a few of the links that I’ve mentioned today, in order to experience a whole lot of the beautiful sounds, sights, and lore of the one and only Madam Noor Jehan!
—————————
P.S.  No, no actual video clips in this year’s Noor Jehan birthday post…  I do that here often enough and, besides, it would take me some extra time even to think up a selection as nice as the one that I put up for last year’s birthday post, since most of those songs are still going through my head.  (And fortunately, they’re all there…  Well, the copyright police tend to leave the Pakistani film clips alone for the most part; I don’t have to think as often about replacing those…)

P.P.S. [Note close to seven years later]: I’ve had to cut this post a bit because of links that were taken down/removed and one that seemed to have become unsafe. But I think there’s still a good amount of stuff to link to here (right?).

Get Ready for the Next “Bollywood Birthday” Post, Sep. 21!

Posted by Richard S. on September 20, 2010
Posted in: Uncategorized. 4 Comments

Posted by Richard S. on September 18, 2010
Posted in: Uncategorized. 5 Comments

Bengali version (with a really nice-looking clip from the movie):

Possibly the mother of all train songs(?), this one obviously influenced two other songs that I posted and talked about a couple of times before.   Those two songs were the reason that, while in a hurry, I made up the YouTube user name “LifeIsaTrain” – because both songs were running through my head at the time.   But sometime after that, this song started running through my head even more.  (Though maybe the phrase would be more accurately stated as “TheWorldIsaTrain”?)

Posted by Richard S. on September 16, 2010
Posted in: Uncategorized. 17 Comments

I must find this movie sometime – fine songs by Shankar Jaikishan, and wonderful dances too.

These are the Vajifdar sisters.  They were bharatanatyam dancers.  The better known sister, Shirin, was also a dance teacher and critic, and she was married to the writer Mulk Raj Anand.  (I don’t really know anything about the other sister…)  Aren’t they great?  The vocals are by Lata and Asha.

[Note (made much later): My initial description above was not entirely accurate, and it is unfortunate that I did not correct it right after seeing the very informative comments submitted later by Khurshid Vajifdar’s daughter, Jeroo Chavda. The sisters who perform in this scene are Roshan (on the left) and Khurshid (on the right). Shirin is the choreographer. Please do read the comments below this post, as well any more recent posts in this blog about the Vajifdar Sisters.]

And here’s a beautiful song sung by Lata on a 15-year-old Helen:

This is a nice dance, too, by Cuckoo:

Welcome to the Blog of Anwar Ali

Posted by Richard S. on September 14, 2010
Posted in: Uncategorized. 22 Comments

Checking my stats the other day, I found I’d gotten a link from Bombay to Goa, a new blog from Anwar Ali.  The link comes from the About page, where he talks about the advantages of growing up as the brother of  Mehmood and Minoo Mumtaz and the son of Mumtaz Ali.  He also mentions the good number of films that he was in himself, mainly starting in the late ’60s.

Unfortunately, though the late ’60s was the golden age for a lot of people, I have neglected that time (and later times) since I’ve been so focused on the ’40s and ’50s.  But I did actually post one song here from the ’50s that featured Anwar Ali performing with his father.  In fact, I’ve posted it two or three times because it it is my favorite song from the great soundtrack to Seema, and Anwar linked to the place where I posted it within a  full writeup of the film.

Anwar also co-produced a couple of films, and he worked with Amitabh Bachchan, who inspired him to write the memoir Amitabh and I.  That memoir is downloadable in pdf, and just judging from first glance, it looks pretty colorful (literally!), so I’m looking forward to reading it soon.

Posted by Richard S. on September 10, 2010
Posted in: Uncategorized. 10 Comments

These are some great scenes that I found of Sadhona Bose in Alibaba (1937) – very clear pictures with English subtitles! (Too bad about all the logos, but we can’t ask for everything…)

I think this first scene is especially good. And by the way, the guy in blackface is the director of the movie and also Sadhona’s husband, Madhu bose:

This scene seems to be from the same part of the movie, and it is great too.

Just as an aside here, I couldn’t help noticing the similarities to this:

Back to Alibaba now…  This is very nice too:

And here’s scenes with Sadhona and two other actors in the film.  The dialogue is interesting, and so is the acting style: