Posted by Richard S. on June 29, 2013
Posted in: Uncategorized. Leave a comment

This time, I timed it just right. This weekend is the 761st celebration of the Urs of Lal Shahbaz Qalandar. And this time around, as a departure from the usual trend here, I have decided to post relatively contemporary performances (though still including some of the classic voices). A little later on, today or tomorrow, I will add links to the great old versions that I have posted in the past (not only versions of THE song but also other fine takes on the Qalendri Dhamal).

————————————————-
P.S. And now, as promised, getting back to this just a little later, here are some of those links to my other posts on songs about the red-robed one and/or all the fantastic festivities related to him:

My slightly belated Urs post from last year, which includes a video that somewhat explains what this is all about.

My June 2012 Shazia Khushk post that includes another of her perfomances of “Lal Meri Pat” as well as another Qalendri Dhamal video of hers that features some very nice footage of the Urs festival.

My post from May 2011, There’s Nothing Like a Good Qalendri Dhamal, which consists entirely of songs sung by Noor Jehan in old black-and-white films. (As you might guess, I think that one’s my favorite. But it’s not only just because of the Noor Jehan clips in the main post… The comments section to this one includes suggestions and exchanges of quite a few other versions of THE song…and some other good stuff, too.)

And I know I have done more, but it could take a lot of work to find them. In any event, I think there is plenty here as it is. And there will certainly be plenty more, hopefully for many Urs to come.

———————-
P.P.S. A note about spelling… I think the “Qalendri Dhamal” could just as well be the “Qalandar Dhamal”; it’s the same thing. My spelling just happens to reflect whatever I saw at different times. It’s the usual confusing situation surrounding transliteration… 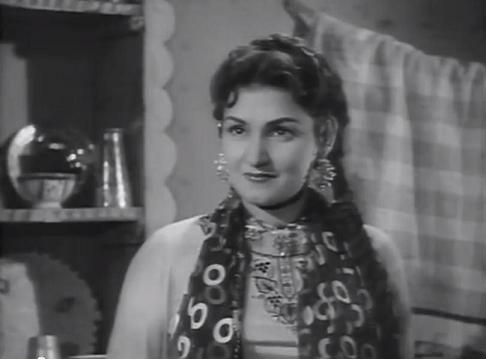 I am grateful that Tom has finally started to put some of his recent projects on YouTube, because the way things were going, for both rational and irrational reasons, I never would have gotten around to downloading all of that stuff. So, although I have been having an extremely busy time lately, I have managed today to cut off the rest of the world so that I could start watching these movies. And finally, I’ve had a chance to see Patay Khan.

There have been a few times in the past when I loved the songs from a Noor Jehan film so much before I saw the actual film that I was worried that the film would disappoint me by comparison, but the film did not do so; it really came through for me. Certainly, that was true of Anmol Ghadi and Dupatta and mostly of Mirza Sahiban and Nooran, too. Unfortunately, it’s not true of this film, which doesn’t come close to the quality of some of the songs that it contains. Although, Noor Jehan does show much of the sweetness and charm that she showed in Mirza Shaiban… Which is kind of somewhat fitting since this film is also about a love affair that meets some conflict/resistance at some point – or two such love affairs, actually, as the other one involves the secondary character whom the film was named after for some reason; i.e., Patay Khan. But these affairs are not very compelling, to say the least. And then at some point, the character who is Noor Jehan’s lover (whose name I have already forgotten and am not that interested in looking up) ends up being the victim of some con scheme whereby he is taken by some western pimp sort of character to a place where he is seduced in an unconvincingly rapid fashion by a woman who is being referred to as the “princess.” (Meanwhile, I should not forget to mention that the pimp character, for some unexplained reason, calls himself Mr. Nevermind. That was sort of intriguing. Did Kurt Cobain see this film?) Anyway, in a way, this is like shades of Mirza Sahiban turning into shades of Shree 420…but it is little more than shades. I will say that after our “hero” disappears into this unconvincing seduction scenario, the film does start to get a little better. One reason is that Noor Jehan seeks the help of a Sufi wise man type who is by far the most interesting character. Close to four years ago, I posted two scenes involving her interactions with this character and said that the film looked very good. But I didn’t know at the time that those scenes made the film look good because they were from a part of the movie that was much better than the rest. [Note from sometime later: Unfortunately, I can’t link to those specific scenes anymore, because they’ve vanished from YouTube. But, of course, you’ll find them eventually if you sit through the film.]

But as I was saying above, Patay Khan does have some very good songs. And one of those songs, as I have also mentioned before, was actually unprecedented in certain ways… It was sung by Noor Jehan in two languages, for two different characters, depicting two completely different moods. And Noor Jehan does this in a beautiful, flawless, and utterly convincing manner. If only the film itself were as convincing and inspiring as the voice of Noor Jehan. But I guess we can give it a little credit, at least, for containing songs like this in the first place…

P.S.  I should add that I did enjoy the puppet show at the beginning.  The show involves the scene of a beggar appealing to the more fortunate, and the show is also followed by some nice philosophical lines from Patay Khan (the character) comparing the puppet to the poor man who has to labor to make money for the rich (a subject close to my heart, as a few people out there know).  This scene reminded me quite a bit of the opening of the Balraj Sahni-Vyjayanthimala starrer Kathputli, but Kathputli didn’t come out until two years later, so there is a chance that it actually copied this.