Oh, what a world 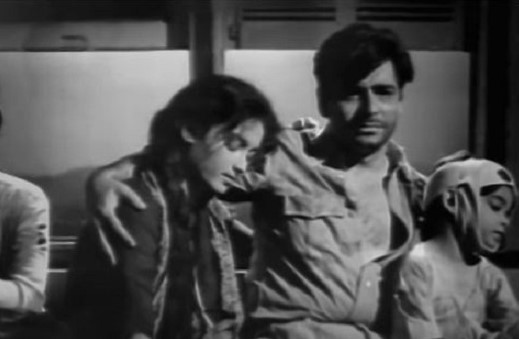 As we get close to the the end of the 2010s, it’s difficult to think about the state of the world. The rich continue to increase their obscene share of the world’s wealth and consolidate their power over the poor and the vulnerable. Authoritarian demagogues grab more power by stirring up hatred and division. Religious bigots happily do their bidding, inflicting violence upon those who don’t share their professed beliefs. And there are also enough hypocrites who claim to be so much against all those bad things but who really only do what they think they need to do in order to serve their own immediate self-interest.

Maybe some out there don’t see it that way, but it seems obvious to me.

Things have been bad enough here in the U.S., but it truly hurts to see what I have seen and read coming from India.

As I have briefly said a few times before, one of the things I like so much about the Indian films of the 1940s and ’50s is that so many took a social position exactly opposed to those kinds of ills. (And as I’ve also said, if some of these directors or actors worked in Hollywood at the time when they were making their films in Bombay, they surely would have been blacklisted!) From what I know, the Bollywood films of today aren’t being produced with the same prevailing social conscience. Some are even driven by people said to be major jingoists and bigots, themselves! But maybe that will change. Where there is resistance, there is hope (in all areas).

I will end this year on my blog with four songs from the Golden Age, on the state of the world… About different times, of course (with one even being about ancient times – supposedly), but also – needless to say – very relevant to our own. And by the way, for a change, all of the singers that I am featuring here are male – though there are only two males, since the first three songs are sung by Rafi (who could do this sort of song like no one else) while the last one is by Kavi Pradeep (who was pretty moving, himself, and who gets double credit for writing the lyrics – as I believe he usually did).

[Unfortunately, I could not find an English-subtitled clip of “Ajab Tori Duniya,” but Tom Daniel did add subtitles within his upload of the entire film. If you want to pick this song out over there, fast-forward to 54:36.]

[Since I have added notes below all the other songs, I should add one to this one for symmetry. But no such notes are needed here. The clip contains pretty good English subtitles, and I wholeheartedly endorse the messages of both the song and the film!]