I was delighted to discover last night that there was a copy of the devotional film Meera, in the 1945 Tamil edition, posted on YouTube with fully readable English subtitles:

This is a sweet and beautiful film that kept me watching from the first moment to the last. (Maybe that is a bit of cliche to put in a film writeup? But there are few films that I can really say that about.) There are some problems with this copy, especially in the sound, which comes in through only one channel for about three quarters of the film. But the star of the film, M.S. Subbulakshmi, sounds far better singing through one channel than the vast majority of other singers coming in through two. What a fabulous voice, especially for this form! And though she appears all too infrequently, Kumari Kamala (or Baby Kamala) is almost equally delightful playing Lord Krishna, whether she is actively dancing or just standing or sitting still. (What enchanting expressions she could put on! But that’s also part of the dance, isn’t it? And is she really only 11 years old in this film?).

Of course, Baby Radha also puts in a very sweet performance as the child Meera, and Chittoor V. Nagaiah is pretty good as Meera’s royal husband, too.

Those, however, are things that I knew about the film already. It wasn’t until I started watching this subtitled version, which enabled me to be drawn into the plot and dialogue completely, that I realized that the whole film is marvelous. I guess much credit should go to Ellis R. Dungan, that legendary American-born director of early Tamil films. I don’t think I’d seen a full Dungan movie before this (although I had heard and glimpsed many songs from them), but now I can see what all the fuss was about. The pacing seemed perfect, and so many of the scenes were incredibly beautiful… And though I am an atheist or agnostic (I guess…), it is always so enjoyable to see the kind of devotional film that can strongly convey the triumph of spirituality, compassion, and divine beauty over vulgar materialism and all the evil that it brings. (The diabolical military and political plotters were no match for the woman whose singing to Krishna charmed the masses near and far.) Needless to say, I highly recommend this movie, and sometime soon, I might just feel like watching the whole thing again. 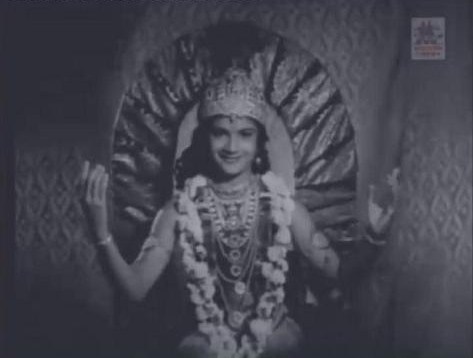 I started this post out as a birthday tribute to the great music director Khawaja Khurshid Anwar, and somehow, it turned into a Noor Jehan post too! I have also posted other Khurshid Anwar songs on this blog – even very recently – that featured other great singers such as Suraiya, K.L. Saigal, Geeta Dutt, and Zubaida Khanum. (Khurshid Anwar was a music director who could bring out the best in many of the best singers from British India, India, and Pakistan.) But I think his most frequent star singer – and the best of them all, too – was Madam Noor Jehan…

Posted by Richard S. on March 3, 2013
Posted in: Uncategorized. 9 Comments

Here’s a great pic of Nadira praying at home: 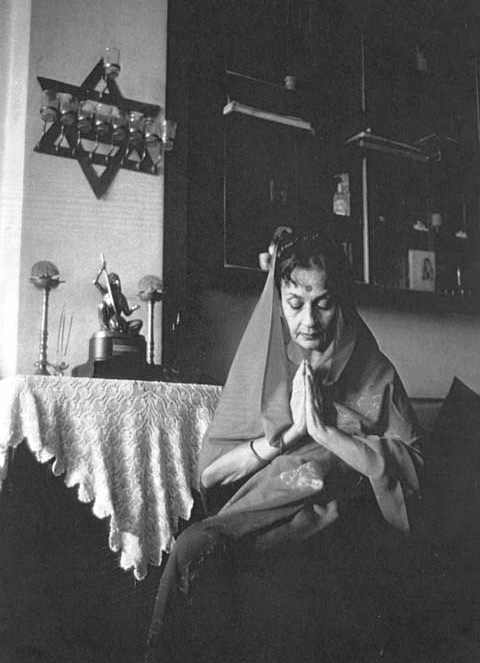 I found this in the article, Baghdadi Jewish Women In India, which I found via the Web site Point of No Return, which also has a link to the article, Bollywood’s ‘bad girls’: Jewish actresses lit up screen in Indian cinema’s early years. I think I began this journey from some links at the blog 1947/1948.

Finally, A Watchable Version of the Spring Dance from Dupatta

I can’t believe it’s almost four years since I wrote up Dupatta. I am kind of proud of that review, as it contains a complete plot summary (which is a rare thing on this blog – especially these days), plus, some people have said it is a well written review. Additionally, it contains clips of a few magnificent songs as well as some screen caps that I took extra time to select and format.

Regarding the song clips, most of them are fairly watchable (relatively speaking), but the only clip that I could find of the charming song at the beginning, “Nach Jia Re” (with the lively spring dance that surrounds it) was in positively awful shape. But thank goodness Tom Daniel aka Tommydan333 (and other nos.) has finally “discovered” Noor Jehan (though clearly, as he admits himself, he could have discovered her a few years sooner if only he’d “listened” to me)… Because, he has decided to work with a few great Noor Jehan films, including Dupatta!

Of course, Tom has posted clips that are more clear than others that can be found out there and are logo-free, too. So, I might replace most or all of the clips in my writeup with Tom’s new versions (and hope that they don’t get stricken down). But with so many other things going on, I will have to decide how much to do and when. (I know, excuses, excuses…) In the meantime, I am certain I want to replace “Nach Jia Re.” Here is Tom’s new version, which will also go into my April 14, 20009 review.